Aussie Finance NRC Multicultural Tennis Tournament 2018 has been concluded successfully. Congratulations to the all the winners, first runner-ups & second runner-ups and special thanks to the title sponsor of this tournament.

All together 10 children participated in Tennis Clinic and Fun Tennis. 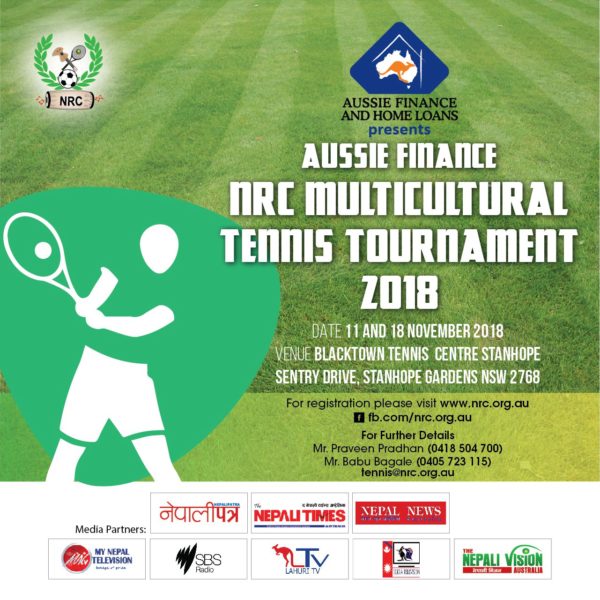